Any hand tool enthusiast will tell you, hand planes produce a better surface with more clarity even after finishing. But is that true? I tend to use scrapers and planes as the last step prior to finish mostly because it saves on sandpaper and creates less dust. If the surface actually looks better after finishing too, then using these tools as a final step before finishing is a no-brainer!

Recently, I was working on some beautiful figured walnut for my Jewelry Box and after passing the boards through the drum sander, the beautiful figure was dull and muddy. To remedy that, I gave each board a few passes with Low Angle Jack Plane. Like magic, the grain popped back to life! That prompted me to do a little experiment to not only reaffirm what I already believed to be true, but also give my readers/viewers some data points they might be able to use in their own shops. While I was at it, I also included a test with a card scraper.

This is yet another argument for the concept of Hybrid Woodworking, something I cover extensively in my book. The main idea being that I like to use power tools for the grunt work and hand tools for the finesse work. 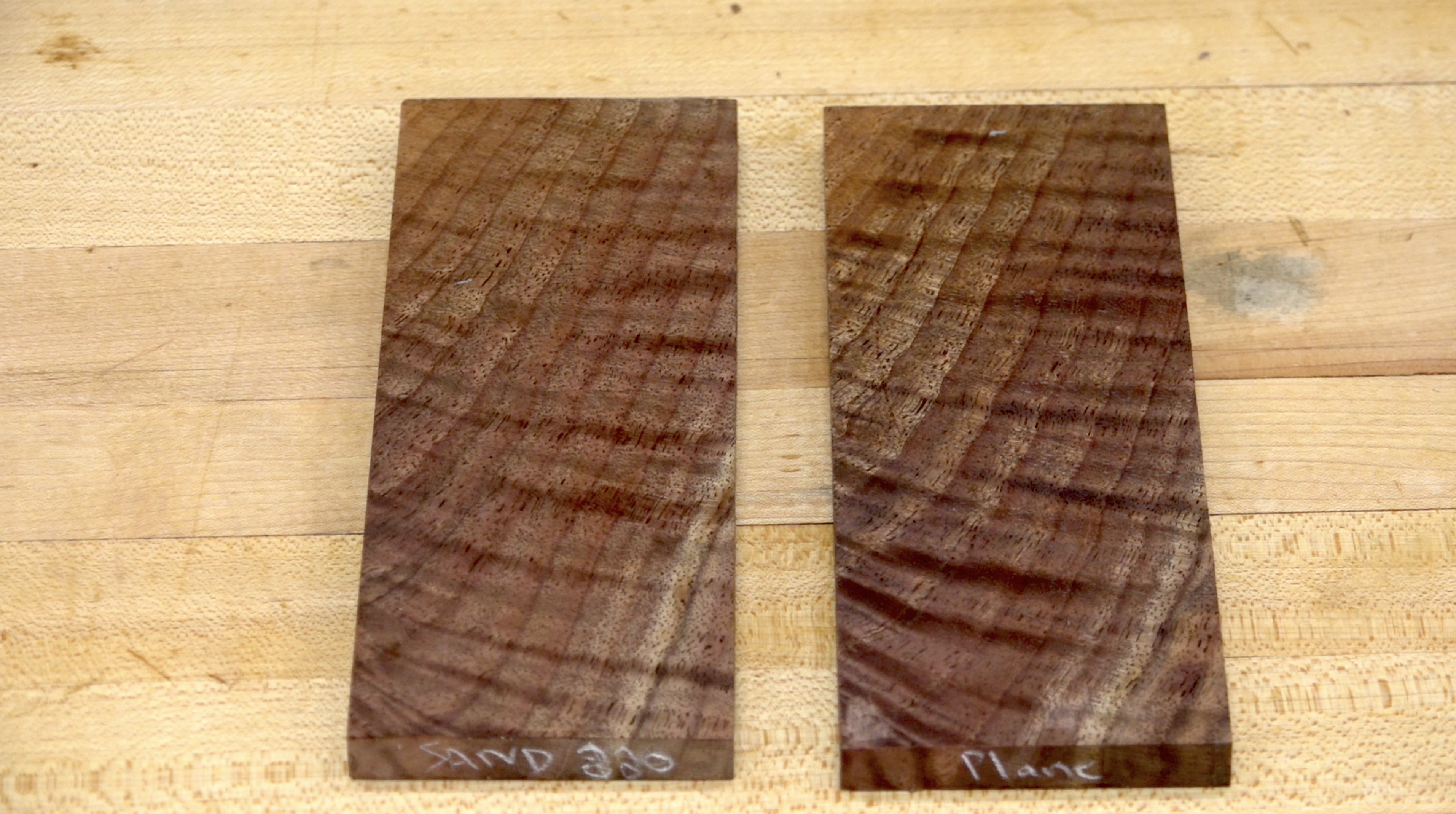 The board on the left was sanded to 220 grit. The board on the right was planed. My interpretation is that the planed board does show more clarity and contrast. The darks are darker, the lights are lighter, and the figured strip pattern is more striking. 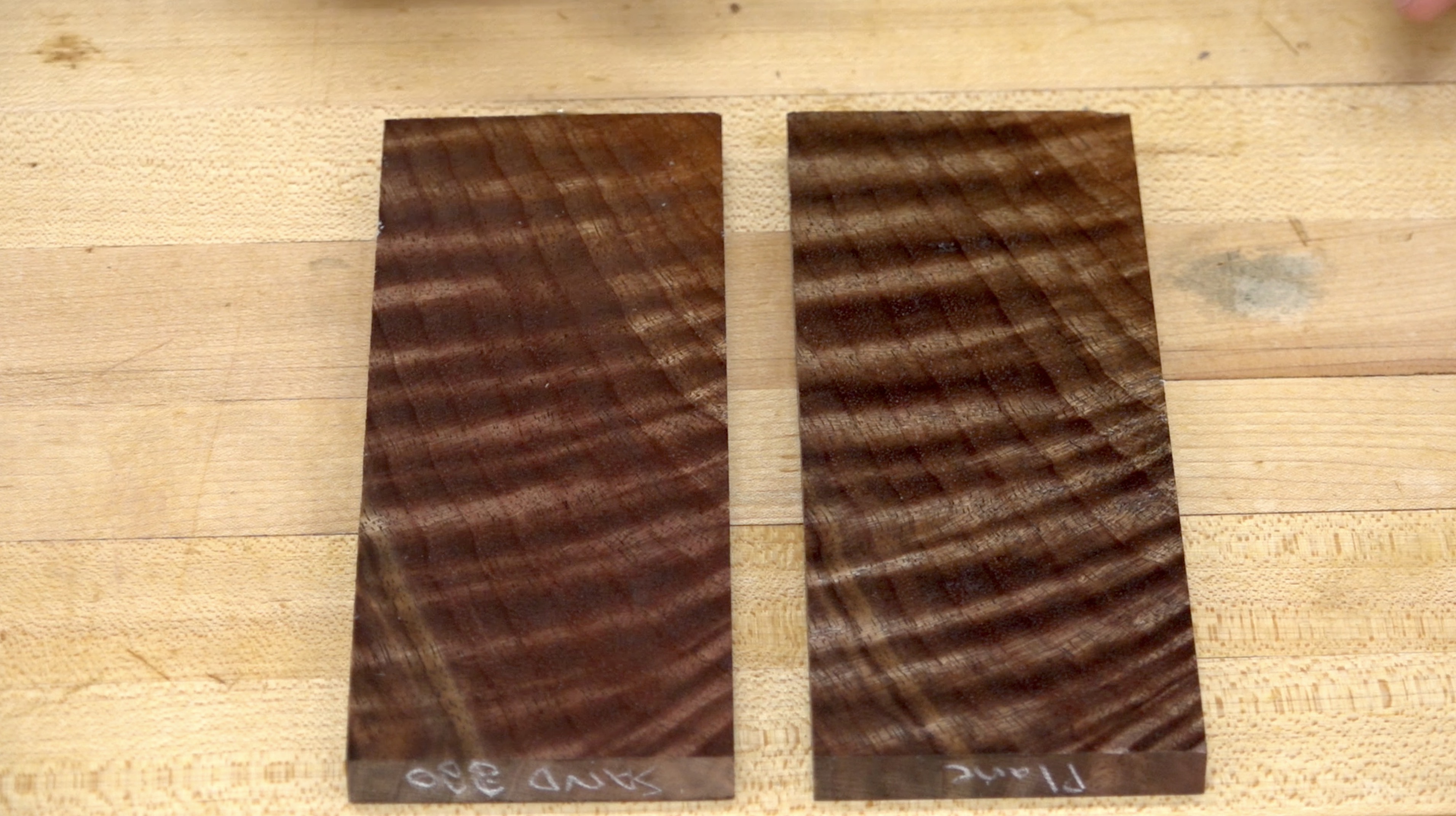 The lacquered version of those same boards shows the same thing as the oil finish alone, only with greater intensity and contrast. 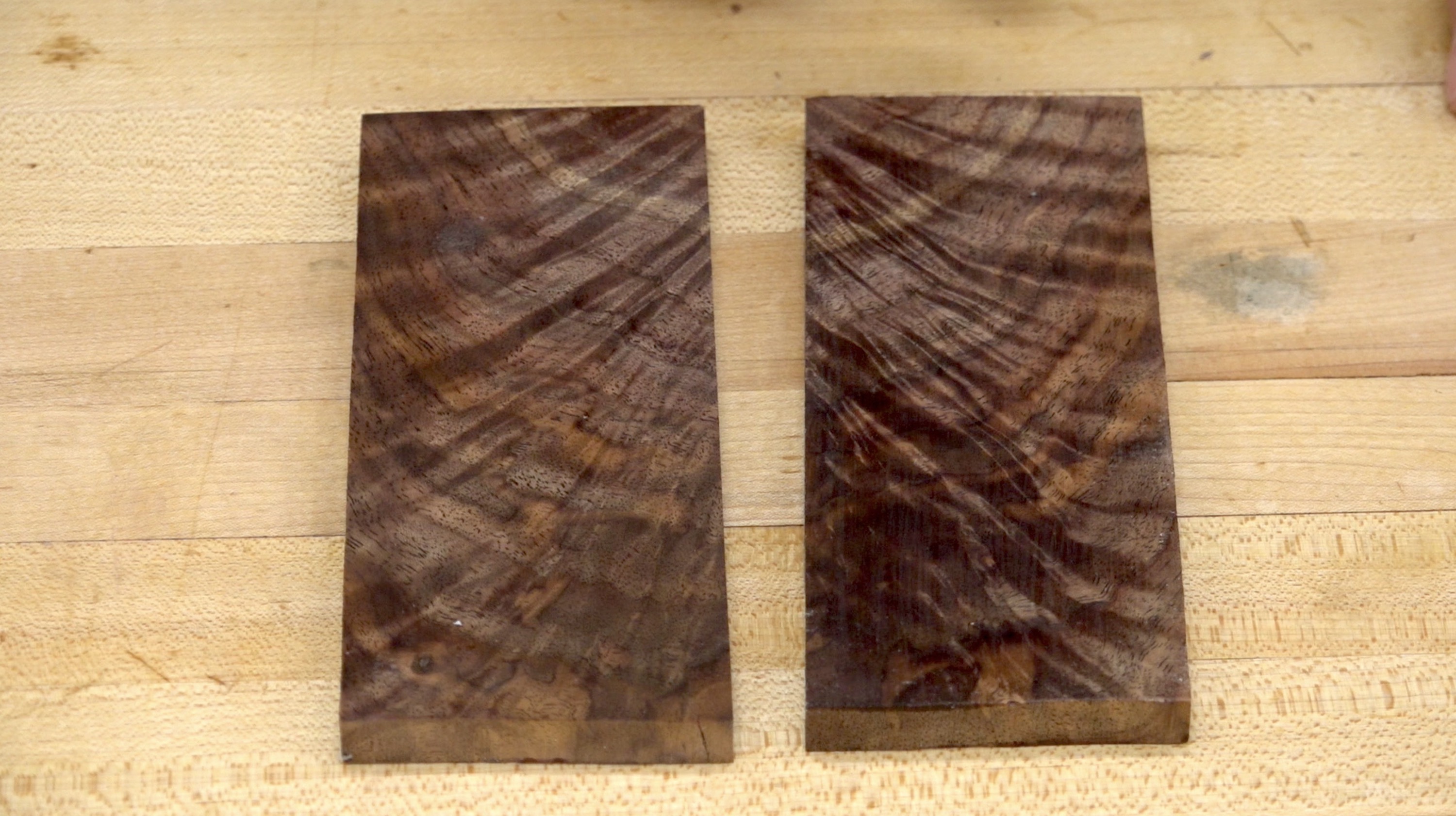 The board on the left was sanded to 220 grit. The board on the right was scraped. My interpretation in the video was that the difference was minimal. The splotch on the bottom left of the scraped board was definitely darker, but I mostly attributed that to a composition difference in the wood itself. Upon further review of the photos and video, I’d like to change my interpretation. I actually DO see a significant difference between these boards now. The scraped board has slightly more contrast, but more importantly it seems to have a good deal more clarity and iridescence. 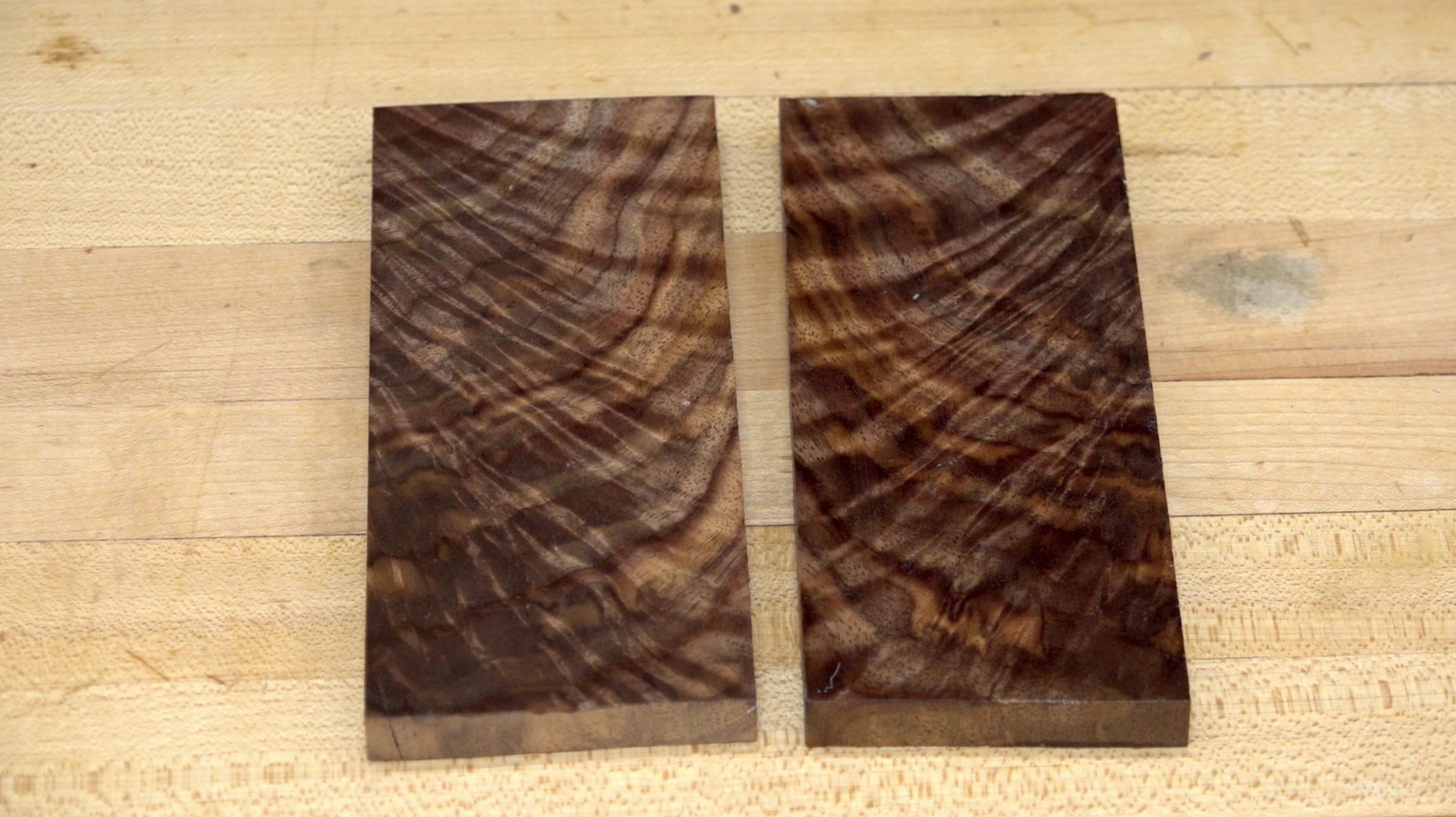 The lacquered version of these two boards further drives home my new interpretation. Again, the scraped board exhibits more iridescence and contrast between the light and dark stripes and patterns.

After the video was finished, I decided to add one more data point by taking the sanded board from the first set above and planing it. This would definitively rule out the possibility that the composition of the wood contributed to the differences in contrast and clarity. 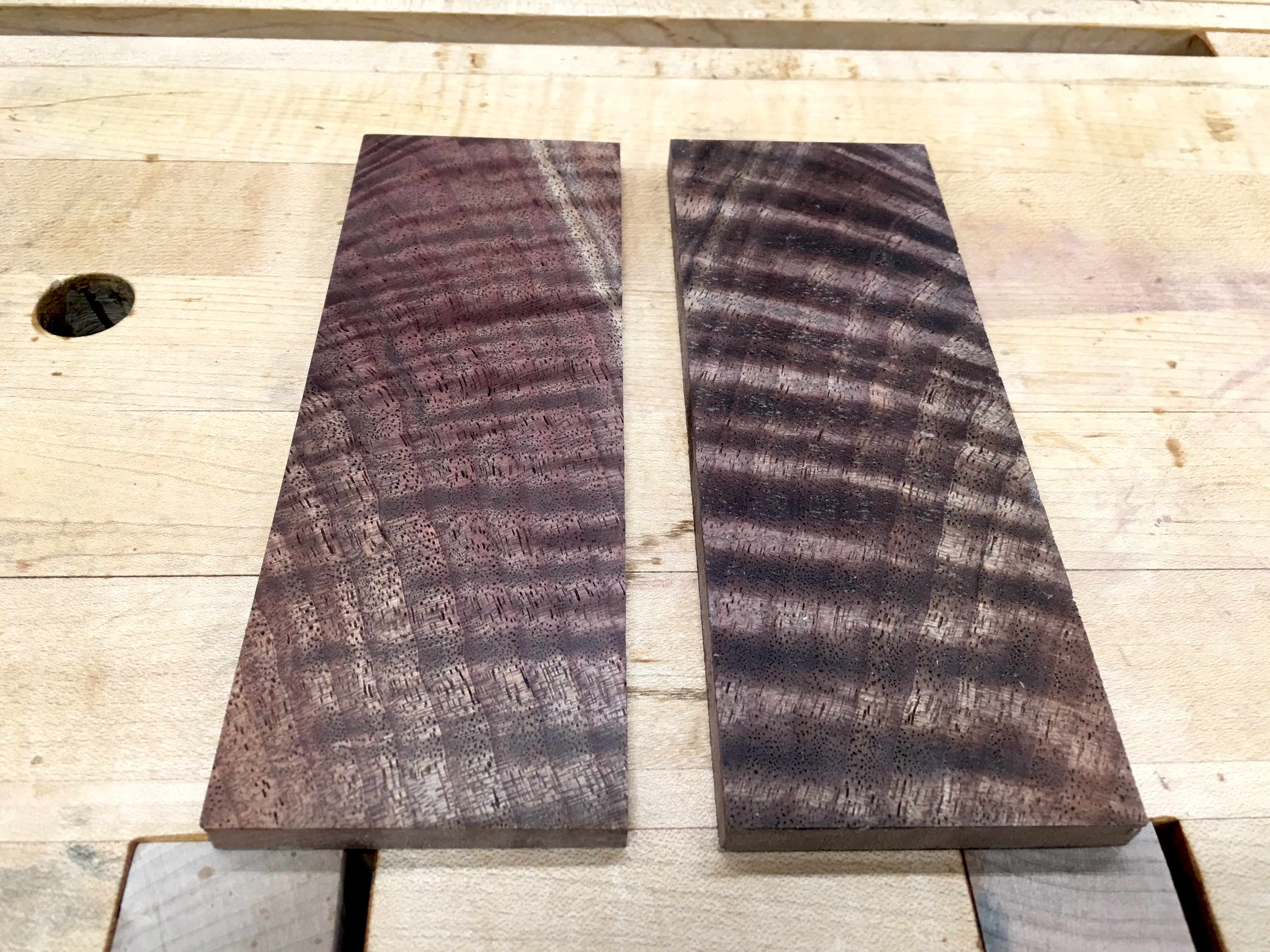 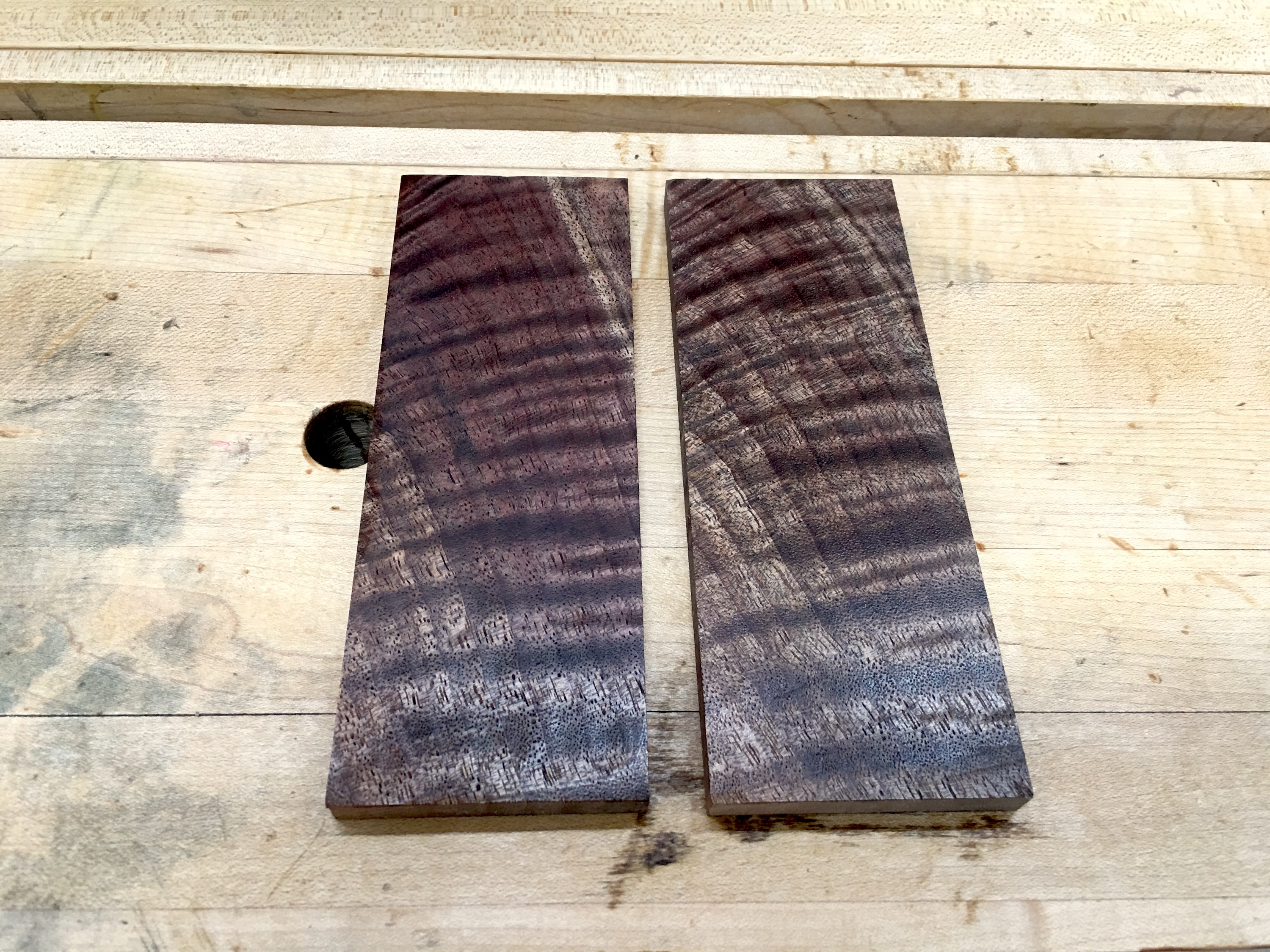 The board on the left was previously sanded. I removed all finish and all traces of sanding by hand planing the surface down to bare wood and re-applied finish. As you can see, the contrast and clarity is now roughly the same as the original planed board.

Tests like this are by no means totally conclusive and only serve as small set of data points in a sea of potential variables. But hey, I do what I can. Based on what I see here, I would say it’s definitely worth it to get into planing and scraping. Not only do they make the surface ultimately look better, they can save time and money and they decrease the amount of dust you put into your shop environment. That’s a win-win-win!